Come for the art, stay for the adventure!

Mined from personal experience and personified on canvas, Elaine Weiner-Reed’s art conveys human emotion wrapped in mystery and enlivened by evocative layers of color and texture, all anchored by her characteristic mark.  From her vantage point in what she calls her “Second-50,” Elaine Weiner-Reed is leveraging the 14 May 2016 reception for her Solo Exhibition “Revealing Layers” as a Creative Catalyst for collaboration across artistic borders and disciplines.  The intimate Bernice Kish Gallery in Columbia is the setting where, surrounded by her dozen or more evocative paintings depicting human relationships in all their mystery and layers, the Artist challenges the viewer of all ages to connect, to think, to feel, and to create beyond their own comfort zones.  Elaine Weiner-Reed is an action painter for more than one reason: Not only does she move or dance as she paints, but she believes that “Art is an Action Word” and she is taking her legacy on the road to make a positive difference.

To her, art is creating something that did not previously exist.

This energetic, fun-loving, indomitable, and unconventional Artist invites art lovers and patrons, writers, songwriters, and composers to join her at her Opening Reception for Art’s sake, for an engaging Gallery Talk, and for the official launch of her "Every Painting is a Song" collaboration initiative. 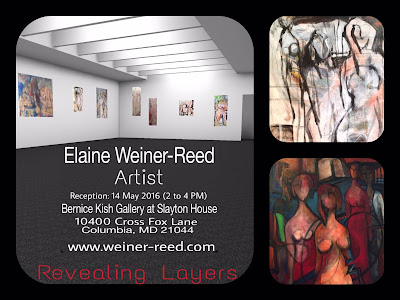 “Elaine Weiner-Reed gives the title "Honoring the Journey - Revealing Layers" to her mixed-media paintings. The operative word here is "layers," because the layering of paint and other material makes the already-schematic renderings of nude women seem even more partial and obscured.

The artist's individual painting titles and accompanying brief texts reinforce the sense of figures whose journey through life has many layers. The women typically are not given any individual psychological development, but instead have the totemic qualities associated with art as ancient as what you would expect to find in a cave painting depicting women in a primal, stick figure way.

"Joined by the Heart" and "Ancestral Whispers III" are but two of the paintings in which standing figures are outlined in such a sketchy way with thin definitional lines that the figures nearly melt into the layering of colors behind them and also partially over them.

Something relatively more specific and easy to make out can be seen in "Curtain Call," in which the pink-hued figures have enough presence to seem as if they are waiting just off stage for that curtain call.

Even more specific is "Group Dynamics," depicting three figures whose white bodies are outlined with thin black lines. Although this acrylic painting does not give us very much physical detail, the spare lines hint at facial expressions and hence emotional states in a manner evocative of the neo-classical figuration found in both Picasso and Matisse in the early 1920s.” 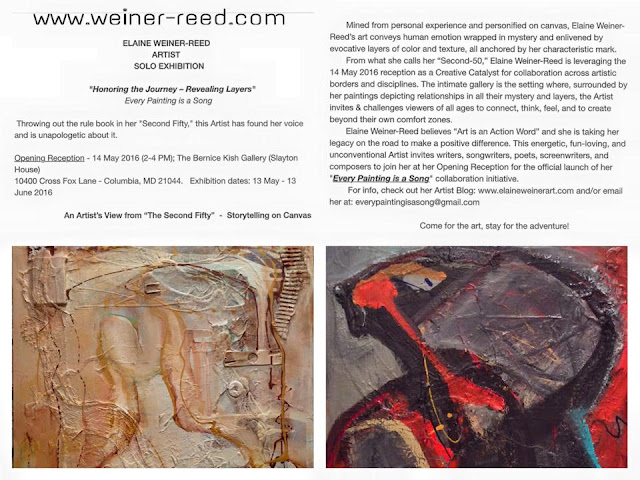 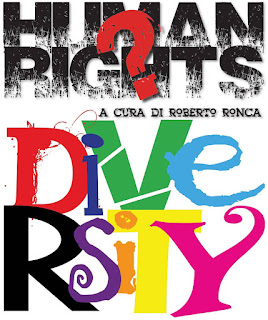 'HUMAN RIGHTS?' #DIVERSITY THE INTERNATIONAL EXHIBITION THAT TALKS ABOUT THE AMAZING VALUE OF THE DIVERSITY - Special Edition Curated by di Roberto Ronca

HUMAN RIGHTS? #DIVERSITY wants to talk about diversity in every meaning. We want to extend the concept and mention of any kind of diversity. Not only cultural diversity but diversity in general as a factor for growth, openness and emotional ability to listen to the otherness, of awareness that we are ‘different’ than someone else. Diversity is wealth, is improvement of DNA, metaphorically and physically; sometimes is the result of personal choices, sometimes it is simply a matter of membership. The diversity of the other people is something we can often understand even just listening, even when the difference is not noticeable to the eye. Respect for diversity, in every way, is an essential right of men and women, boys and girls around the world. Diversity is a right, respect is a ought. In HUMAN RIGHTS? #DIVERSITY Artists speaks about the value of diversity but also about the violation of the respect for diversity, using the language of the art talking to everyone, overcoming all barriers.

The Concept The UNESCO declared on May 21th as The World Day for Cultural Diversity for Dialogue and Development. The Preamble to the Constitution of UNESCO affirms “that the wide diffusion of culture, and the education of humanity for justice and liberty and peace are indispensable to the dignity of man and constitute a sacred duty which all the nations must fulfil in a spirit of mutual assistance and concern”. The respect for the diversity of cultures, tolerance, dialogue and cooperation, in a climate of mutual trust and understanding are among the best guarantees of international peace and security. UNESCO, in the United Nations system, ensure the preservation and promotion of the fruitful diversity of cultures. This commitment has been strengthened over the years, and was further materialized with the adoption, in 2001, of the UNESCO Universal Declaration on Cultural Diversity, by which the international community has reaffirmed its agreement that the respect for cultural diversity and dialogue represent the best guarantee for development and for peace. The UNESCO Universal Declaration on Cultural Diversity specifies that: Article 1 – Cultural diversity: the common heritage of humanity Culture takes diverse forms across time and space. This diversity is embodied in the uniqueness and plurality of the identities of the groups and societies making up humankind. As a source of exchange, innovation and creativity, cultural diversity is as necessary for humankind as biodiversity is for nature. In this sense, it is the common heritage of humanity and should be recognized and affirmed for the benefit of present and future generations. Article 2 – From cultural diversity to cultural pluralism in our increasingly diverse societies, it is essential to ensure harmonious interaction among people and groups with plural, varied and dynamic cultural identities as well as their willingness to live together. Policies for the inclusion and participation of all citizens are guarantees of social cohesion, the vitality of civil society and peace. Thus defined, cultural pluralism gives policy expression to the reality of cultural diversity. Indissociable from a democratic framework, cultural pluralism is conducive to cultural exchange and to the flourishing of creative capacities that sustain public life. HUMAN RIGHTS? #DIVERSITY wants to talk about diversity in every meaning. We want to extend the concept and mention of any kind of diversity. Not only cultural diversity but diversity in general as a factor for growth, openness and emotional ability to listen to the otherness, of awareness that we are ‘different’ than someone else. Diversity is wealth, is improvement of DNA, metaphorically and physically; sometimes is the result of personal choices, sometimes it is simply a matter of membership. The diversity of the other people is something we can often understand even just listening, even when the difference is not noticeable to the eye. Respect for diversity, in every way, is an essential right of men and women, boys and girls around the world. Diversity is a right, respect is a ought. In HUMAN RIGHTS? #DIVERSITY Artists speaks about the value of diversity but also about the violation of the respect for diversity, using the language of the art talking to everyone, overcoming all barriers.

The YouTube Video depicts the artist's 2-week residency in Poland (2014) working on her two forms of art: painting and sculpture. 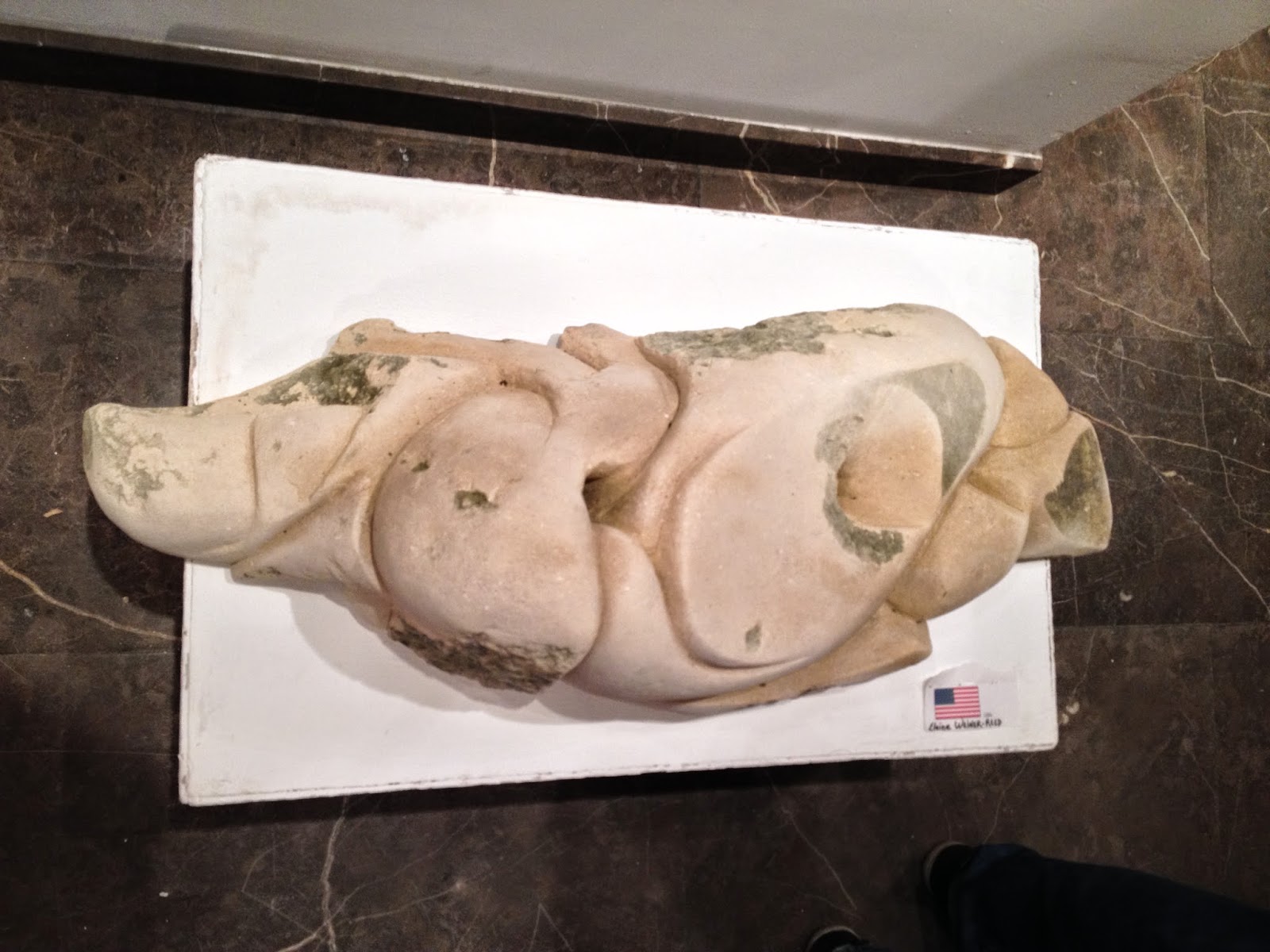 February/March 2014
GALLERY&STUDIO
(pps. 19, 23)
“HIGHLINE ART”
"Elaine Weiner-Reed moves easily between the two genres ((abstract and representational)) as well,
but tends to veer more frequently toward abstract expressionist mixed media works incorporating a variety of different collage and mixed media materials: lengths of rope, patches of pigment-encrusted cloth or burlap, fragments of wood, bits of wire –– apparently anything near at hand that can be swept up into the painting process. Possessed of a compelling physicality, compositions such as Weiner-Reed’s “Night at the Improv” and “Jazz Trills and the Dance” are enlivened by a uniquely funky beauty."

"One of her ((Basha Maryanska, Curator)) main criteria seems to be selecting artists with fertile imaginations and inexhaustible creative resources such as one sees in the work of the Abstract Expressionist painter Elaine Weiner-Reed.  Although based in Annapolis, Maryland, Weiner-Reed works in the tradition of New York School “action painters” like Willem de Kooning and Grace Hartigan, applying her vigorous brushwork to nonobjective and figurative compositions with equal spontaneity and zest.  Like Hartigan’s famous painting “Delancey Street Brides,” Weiner-Reed’s “Red, Black, and Blond” achieves a successful synthesis of both, with a bold image of a voluptuous woman in a shoulderless red top and black slacks evoked in flowing, succulent strokes.  Although the figures are not defined and her surroundings are indicated in a broad undetailed manner, the picture appears to be a self-portrait, depicting the artist in her studio, the manner in which she merges with her surroundings, suggesting her passionate engagement with her vocation.

“Here, Weiner- Reed’s ability to suggest so much within the self-imposed limitations of a loose gestural style calls to mind another member of the New York School: Robert de Niro, Sr., late father of the well known actor.  Similarly generalized, yet possessed of individuality nonetheless are the three figures in another canvas entitled “Group Dynamics.”  Working mainly in line, with key patches of color, applied with characteristic vigor, to knit the composition together at key points, Weiner- Reed employs the linear technique to suggest the physical and emotional connections, as well as the inevitable psychological tensions, of family life to which title alludes. Equally formidable in a more formal but no less intense manner are Weiner-Reed’s purely abstract compositions, such as “Vision Quest,” and “Unraveling Mysteries” in which she takes on more inner-directed subjects and metaphysical concerns." 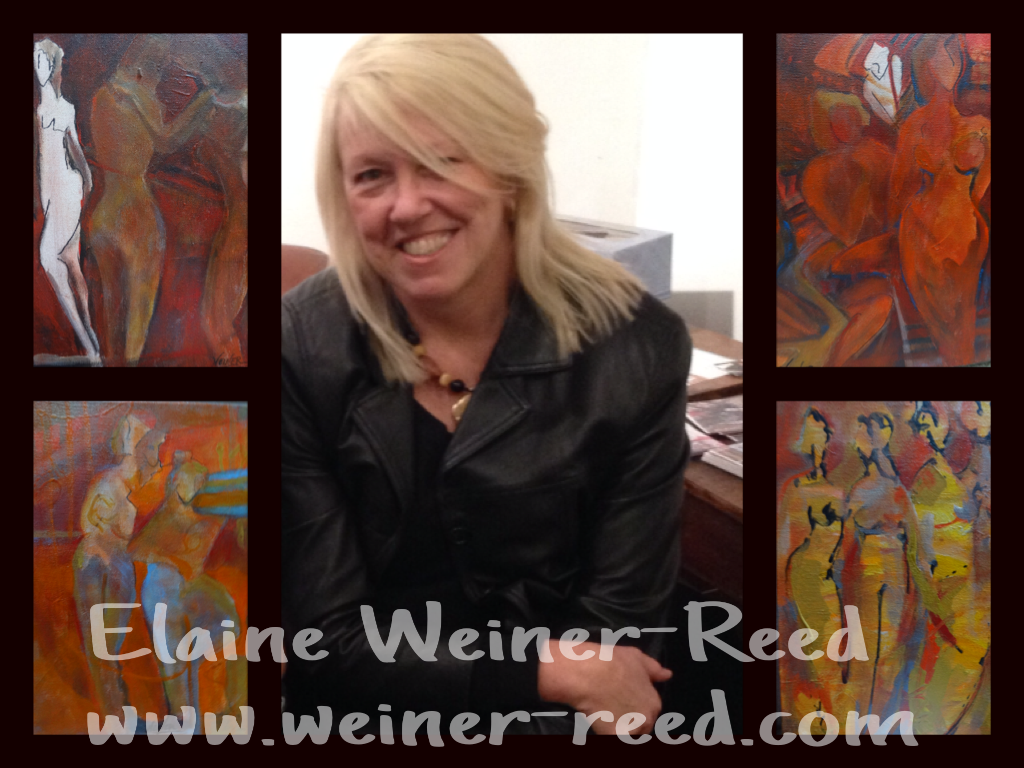 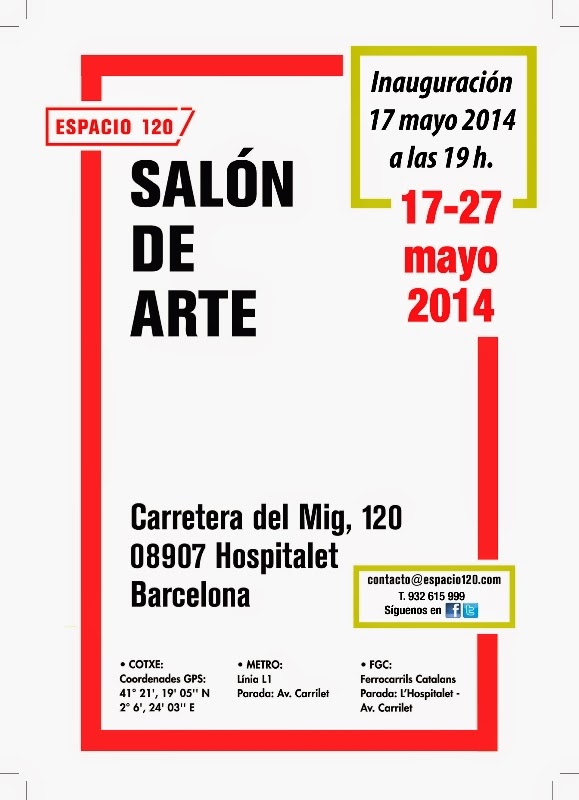 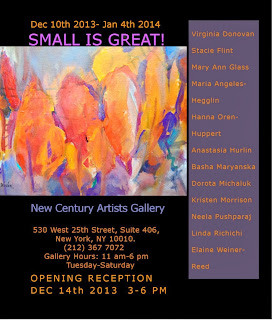 "Studio and Gallery" art critic Maurice Taplinger appreciated the relationship of Elaine Weiner-Reed's paintings as a type of improvisational dance, concluding that "...as in a Pollock, the sense of a rhythmic dance remains an integral element of the painting long after it has left the artist's studio..." Taplinger noted that Weiner-Reed's work showed "a strong formal orientation...in the neocubistic structuring that serves as an armature for her composition 'Sands of Time,' where vertical linear configuration acts as a 'spine' supporting various rectangular forms...." Taplinger added that "...other softer looser abstract expressionist compositions such as the mixed media work on canvas called 'Blue Notes Soliloquy' reveals the kinship that Weiner-Reed feels with jazz improvisation."

© 2014 - Weiner-Reed
All images and content remain the property of the Artist. All rights reserved.
Email ThisBlogThis!Share to TwitterShare to FacebookShare to Pinterest
Home
Subscribe to: Posts (Atom)